I love having a cunt.

I deeply, sincerely do. I love its versatility, having a G-spot and an A-spot and a clitoris to experiment with and flit between, like having different handbags for different occasions. I love the way it looks, shaved and silky smooth or shrouded in dark, curly hair, encased neatly in lacy knickers or spread open in front of a mirror. I love its resilience, its elasticity and the strength with which I can clench it. And, of course, I love being able to clench it around fingers, penises and toys, and experiencing a whole buffet of different sensations.

It just so happens that I also love playing at having a cock.

I’m non-binary, and my gender identity and gender expression both fluctuate wildly. They exist outside of a linear scale from “masculine” to “feminine”: for example, sometimes I’ll dress in a tank top and shorts from the ‘Men’s’ section of a clothing shop, but with a full face of makeup to set it off. This fluidity means, among other things, that I don’t necessarily want to permanently change my body by transitioning in the ways a binary trans person might, and that I have no problem with keeping the cunt that I love.

Playing with toy cocks isn’t always as straightforwardly masculine as that, though. A lot of the toys I own are less phallic and more abstract, and are typically pink or purple or ornate glass – traditionally “pretty” and, by extension, traditionally “feminine” – but that’s no bad thing. When I’m feeling more feminine, toys that are ornate and pretty can feel like a luxury to masturbate with, and can even aid age-play style fantasies wherein I’m all girlish and helpless. Similarly, if I’m feeling feminine and having sex with a girl, I can fuck her with a pretty toy in a harness (which is great for added closeness and sometimes for more forceful thrusting), or in my hand (for added dexterity and precision, and for focusing all my attention on her). Pretty, “feminine” and abstract toys can add to the joy of lesbian sex: they come in a broader range of shapes, producing a broader range of sensations, than imitation penises do, and they contribute to the unique joy of having sex with somebody whose gender is close to or the same as yours, rejoicing quietly in your shared femininity.

I have also used pretty, “girlish” toys on masculine days. Sometimes, I’ve used them simply because I’ve wanted a quick and strong orgasm, and I’ve ignored their appearance for the sake of enjoying the particular spots they might be able to hit (or, on occasion, built their appearance into a fantasy about having stolen the toy from a cute girl’s bedside drawer and needing to wank and put it back before she finds out). Other times, I’ve used them in humiliation scenes with a trusted Dominant, either inside my cunt or strapped on, to toy with the vulnerability I feel when I’m having sex in a more masculine head-space. Humiliation and condescension turn me on like little else, so having my cunt played with (and, often, my nipples tortured) while my Dominant mutters things into my ear about me “coming all over this pretty little pink dildo” will reduce me to a puddle in no time at all. Naturally, scenes which involve gender-related stuff can be more or less vulnerable and “edgy” for different people, depending on their own experiences of gender – but I’m fairly comfortable in my own fluidity, and very secure in the knowledge that my Dominant understands and respects my non-binary identity. And, if it ever gets a bit too close to the bone, I can always use my safeword and revert to a much more gender-neutral toy, like a black wand vibrator. 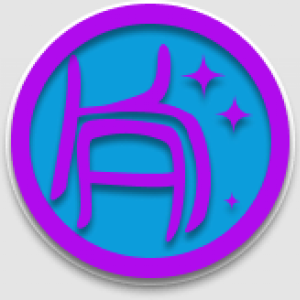 Morgan is an up-and-coming blogger over at A Kinky Autistic, where they write about kink, autism, queerness and polyamory (whenever they're not busy with their BA English course, or knitting).