A lifetime of wanking

Home » A lifetime of wanking

A lifetime of wanking

I have a long history of wanking under my belt, so to speak. I started noticing that touching myself felt good at a young age, and since I am an older gentleman I didn’t have the advantage of the internet to help satisfy my sexual curiosity. So like many other young men I found my inspiration in the pages of a department store catalogue, specifically the lingerie pages. Now you wouldn’t think these could be that inspirational, but you would be very wrong. To my youthful eyes pictures like this were the closest thing I would see to a naked woman for a few years and so I would take the latest issue from the tray at the bottom of the TV stand (A black and white TV to give you an idea how long ago it was) into my bedroom with the race car wallpaper for a bit if personal time with my penis.

This kept me occupied until a neighborhood friend showed me a copy of Playboy that they had nicked from their Father. That was eye opening and provided me my first look at a fully naked adult woman, that fired my imagination and kept me warm on a lot of cold winters nights. My friends Dad was obviously quite the perv because other magazines quickly followed, Hustler, Penthouse and now I had not only seen naked, but also actual sex. This led to a lot of wanking and a lot of stiff socks (Hey, we all did it) because for some reason that seemed like a better option that getting a tissue and putting it in the trash. I’m going to go with, I was ecologically aware and you can choose to believe me or not.

Pictures like the one on this cover stayed with me for a long time and possibly brought me to an important wanking aid, lube, well not lube exactly because it was the dark ages and lube was not something you could ask your mom to put on the weekly shopping list. But TV came to my rescue and showed me something that we might already have ready at hand. Johnson’s Baby Oil.

Then I had my first sexual encounter where the number of participants was greater that one. I liked it, I liked it a lot. We pretty much did it every time we were even vaguely near each other. But, that doesn’t mean I stopped wanking because there was also remembering the sex I had just had once I got back home and my first experience of using technology, the telephone. Now we didn’t have it easy like the kids do today when I say a telephone I mean this.

Our telephone was downstairs in the “Rec room” and had a very long cord that while it wouldn’t reach into my bedroom would reach into what was known as the “Powder room” and as teens were often known to do we spent hours talking on that phone. Well, when I say talking I really mean having phone sex and wanking, she was very good at it, or at least that is how I remember it, I had nothing to compare it to and it was all very exciting. One thing I am sure of, even if she didn’t say so, was that my mother had to be grateful  that the days of crunchy socks were over!

Life moved on and so did my first sexual partner and while there were many other partners there was also always plenty of wanking. Eventually I got married and had children. But marriage doesn’t mean the end of pleasuring yourself and so while I didn’t do it as much as before I certainly never quit and now I had cable television which brought more adult content right into my home. I put it to good use. But there was something new that none of us expected, a stunning innovation that revolutionized the world and brought a whole new way of showing sex and sexual desires. The internet!

It is a marvel that people were willing to spend so much time and, or money to do this, but we did and because we did you folks have unlimited access to all kinds of depraved filth that we could only dream about. I must have used hundreds of the free ‘100 hours of internet’ from AOL to download (yes download, streaming was not a thing over dial-up) pictures and stories and eventually movies (anyone else remember Usenet?)

Many years have passed since those heady early days of the World Wide Web and while lots of things have gotten worse, access to wanking material certainly hasn’t. And my life has changed as well, I have kids and also Grandkids. I got divorced and re-married, I have had a lifetime of changes and adventures, some good, some bad. But even as I get older I have found that wanking has not changed that much for me other than I don’t do it alone. I have a partner that greatly enjoys seeing and participating in good a wank and that brings a whole new level of fun and excitement to something that after all these wanking years you would think would have become dull and boring. But it has not, so I say to all of you men out there, whether it be nearer the beginning of your adventures in masturbation, or like me you are a more mature wanker, enjoy every bit of the journey and give yourself the pleasure of a good old wank if and when you feel like it. As the saying goes, no one knows you like you know you.

PrevPreviousWelcome to #Wankuary
NextMy trip to the Sexual Health ClinicNext 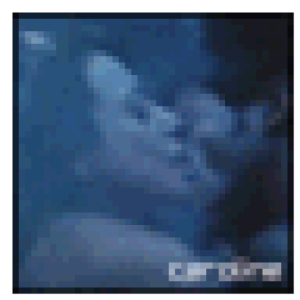 Just a guy, getting older everyday