How do you go about choosing 7 inspirational women out of all the incredible, talented, hard-working, passionate women in the world? It’s an almost impossible task, especially for someone like me who is lucky enough to have a timeline that is constantly bursting with the achievements, plans, campaigns and ideas of incredible women.

What I did, honestly, was just list off the top of my head people who were most recently in my mind, whose work had made me laugh or cry or learn or want to storm Parliament and dismantle it brick by brick. Some of them you may know already, others you may not, and one in particular might have you asking ‘what the hell is this person doing on a sex-focused website?’ The answer is simply that I love her, and love her work. So what follows is neither a focused nor complete list, it’s just a collection of women who have inspired or educated me over the last year, who I am grateful to for their incredible work.

You will probably know her best as ‘Boo’ from Orange is the New Black, but Lea DeLaria has been doing incredible stuff for a long time. She began her career as a stand-up comedian (a career she describes as the ‘last bastion of the straight white male’), and is credited with being the first openly gay comic on a US talk show back in 1993.

Naturally, I think she’s a brilliant actress, but what made me want to include her on this list was her incredible interview with Krishnan Guru-Murthy for his ‘Ways to change the world’ podcast. Please go and listen to it when you get the chance, it’s a treat you’ll be glad you gave yourself. She is fiercely compassionate, intensely funny and powerfully angry at the state of the world, but what I admire the most is how she manages to stay angry enough to fight against injustice while remaining hopeful and positive enough to maintain the motivation to keep going.

Paris is an incredible writer and activist. The last two years have seen what appears to me to be a huge upswing in the amount of public attacks on trans people in the UK media, so it’s important to highlight those, like Paris, who are tackling this problem every day. In writing and media appearances, Paris explains with powerful arguments and personal stories why it is so important that we stand up for trans rights.

If you thought you’d left history behind when you left school, allow me to introduce you to the weird and wonderful world of what I’m going to loosely term ‘Medieval Dick History.’ The specialist subject of historian Dr Eleanor Janega, whose blog ‘Going Medieval’ covers everything from the medieval concept of chivalry (and why it’s absolutely appalling) to the history behind anti-masturbation movements and No Nut November.

It’s not just the history, though: it’s the way she manages to highlight the exact relevance of all this to the weird and sometimes fucked-up present we find ourselves living in, like exploring past approaches to sex work, including legalisation, and comparing them with the modern-day sex work ‘rescue industry.’ Her work is often intense, touching on subjects that are complex and important, but she writes everything with the excitement of someone who can’t wait to invite you in to her world and share her knowledge with you. She’ll be speaking at Eroticon in March and I am incredibly excited.

I’m including both Juno and Molly in here because I’ve followed both of them on Twitter for a while, and their campaigning on sex work decriminalisation made me want to seek out a lot more info. If you’d asked me ten years ago I’d have said I was all in favour of sex work ‘legalisation’, without really understanding what that meant.

Now, I’m halfway through the incredible book they co-wrote – Revolting Prostitutes – and feeling like I am much closer to grasping the important threads in the debate about sex work, and why decriminalisation – not legalisation – is so important. You should definitely check out the book, or if you’d like an intro to the topic it’s well worth watching Juno’s TED talk, which is my go-to resource to send people who want to understand the crux of the issue.

My secret shame is that I initially started listening to Esther Perel’s ‘Where shall we begin?’ podcast out of little more than prurience and despair. The podcast takes conversations with couples who want to discuss a relationship or sexual issue, and lets you listen in on how Esther guides them on a journey to better understanding each other. I began listening because I wanted to hear about other people’s relationship problems, at a time when I was experiencing some of my own, and a small mean part of me wanted to hear that other people suffered with similar issues. Another part of me was just curious about the more sexual issues that people brought to the table.

But after a couple of episodes I realised I could see myself somewhere in all of these stories, and learn more about myself and how to better conduct my own relationships. I’d thoroughly recommend it for anyone, whether you’re in a relationship or not. Perel’s style is to encourage people to work through to the root of their fears and worries, and I think the journeys she takes people on are a great way to learn to practice compassion and empathy.

Ever heard of a ‘yoni egg’? They’re one of the many banes of Dr Jen Gunter’s life, after Gwyneth Paltrow’s pseudoscience ‘lifestyle’ website started promoting jade eggs as something you might enjoy putting in your vagina. Spoiler: you should not put these in your vagina. Jade is porous and you could be inviting in some real problems with bacterial infections. Stick to body-safe sex toys like the lovely silicone sex toys you can find on this very site.

It’s not just jade eggs that Dr Gunter tackles, though: her blog is a treasure-trove of info, where she regularly counters dangerous advice (coffee enemas! Vaginal steaming! Some sort of vaginal teabags!) with expert advice garnered through her many years working as an Ob-Gyn. As well as offering advice on gynaecological health, she also fights for abortion rights. I am still shocked we have to do this in the year 2019, but shock notwithstanding, I’m very glad she’s fighting in our corner.

An incredible, courageous, hard-working and dedicated woman, Gina Miller is the living embodiment of the phrase ‘not all heroes wear capes.’ Since the UK voted to leave the EU by a tiny margin, after an appallingly divisive referendum campaign characterised by lies and illegality, Gina Miller stood up to challenge the government in court. It was her hard work and campaigning that ensured the UK Government could not trigger Article 50 without first bringing the matter to Parliament.

We’re still on course to leave the EU, and potentially in the most disastrous way possible, but Gina Miller has been fighting this every step of the way, despite been let down by politicians who bow to populism, and harassed by misogynists and racists who screech abuse at her from behind anonymous Twitter profiles. She is a hero, and International Women’s Day feels like as good an excuse as any to say thank you to her for her skill, patience and determination. She is top of my list today, and every day, and probably always will be.

As I said at the start, this isn’t an exhaustive list. The main problem with naming awesome women is that no doubt as soon as this article goes live, I’ll think of someone else I should have added who I’ll kick myself for forgetting. But I can live with that, I think, because International Women’s Day shouldn’t be a one-off event where we say ‘thanks’ to some great women then drop the subject as soon as midnight strikes tonight. Instead I hope this is a prompt for you – and me – to celebrate women’s achievements more all year round, and remember to say ‘thank you’ to those who entertain, educate and inspire us. 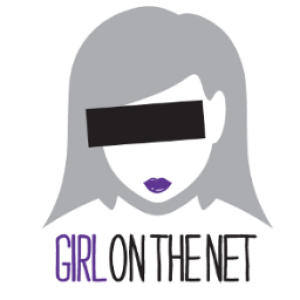 Girl on the Net