The Origins of Pride

Home » The Origins of Pride

The Origins of Pride

People go to Pride for various reasons. Some go because it’s the only time they get to relax and be themselves, some go as a way to protest against the 74 countries where same sex relationships are still illegal; most go to enjoy the big colourful party. However, none of these are the reasons why Pride started in the first place, so let me tell you a little about its origins.

Being part of the LGBT+ community in 1950’s and 60’s America was tough. Homosexuality was illegal and therefore being part of the community alienated you from society. Young people were evicted by their families for bringing shame and employers shunned people for their sexuality.

One area of New York City, Greenwich Village, was known for its more liberal attitudes and this was where those marginalised by society were most likely to be found, those that were members of the LGBT+ community alongside people who were homeless or had nowhere else to turn. The bars and clubs in the area often welcomed LGBT+ community members in the way most businesses didn’t. Police were aware of this and routinely raided the venues, though they were mostly after payoffs in return for not arresting and publishing the names of the customers.

The turning point was a raid on one such bar, a bar which at the time was owned by the Mafia and whose name is synonymous with LGBT+ campaigns, The Stonewall Inn, on 27th June 1969.

On the night in question a police raid occurred at the bar, on this occasion there had been no tip off and the raid occurred later into the night than raids usually occurred so was unexpected. There were around 200 people in the bar that evening, many of whom tried to run as they realised what was happening but were prevented from doing so by police who were blocking the doors and windows.

Normally people would be separated into two groups, the men would be lined up at the bar while the female presenting customers would be taken into the women toilets to have their sex verified by a female police officer. Any man refusing to give his ID or who was dressed as a women would then be arrested. However, on this occasion many refused to hand over their ID and with the growing hostility it was decided to process everybody at the police station instead.

By this point a crowd had grown outside the bar, the cars and vans needed to take people to the police station hadn’t arrived. As the crowd grew larger still the police started lashing out at a crowd who, thanks to police action during anti-war demonstrations of the time, were anti-police. As one lesbian was bundled into the back of a van, having allegedly been hit over the head with a police baton, she yelled at the crowd ‘Why don’t you guys do something?’ That was all it needed to turn a crowd into a mob.

Some people managed to escape from the police and more still attempted to turn the police vans on their sides. They found bricks from local construction sites and begun hurling these at the police along with cans of beers and anything else to hand that could be used as a weapon. As with situations like this violence breeds violence and soon parking meters had been uprooted and were used as battering rams to reach the police that had barricaded themselves into the Stonewall Inn and flaming rags were thrown through the smashed windows.

All in all it took almost 3 hours for the streets to settle down again, 13 people had been arrested, many people had been hospitalised and 4 police officers had been injured. The Stonewall Inn itself had been destroyed, everything in it had been smashed and broken apart. Each night the violence and rioting began again and this cycle lasted for around a week before it abated and a calmness was restored.

The feeling many people had, as riots began again the following night, was more and more groups had come along and were supporting the LGBT+ community. This is something that nobody had experienced before. Some members of the community seized this opportunity and started leafleting, asking for bars to be run by the community and move away from the problems with the Mafia. Other members of the community hung their heads in shame and didn’t want to be associated with violence, they would rather be part of the general population and keep themselves hidden.

Obviously what happened at the Stonewall Inn wasn’t the first altercation or protest for rights, however, many people see it as the turning point. Gone were the days of quiet pleas for change, now was the time to be vocal and demand change. Within 6 months of the riots three different LGBT+ publications were in circulation. Sadly the raid on the Stonewall Inn certainly wasn’t the last, in one such raid someone so scared of the repercussions of arrested for being gay, jumped out of the police station window and impaled himself on the railings below. It was this point calmer protests were held, speaking to the police rather than reacting with violence.

The first anniversary of the raid on the Stonewall Inn saw a large gathering at the site to mark the change. There were several other gatherings in the large cities in the US and these were considered the first Gay Pride marches. The second anniversary of the raid saw a march through the city of New York that took up 15 blocks, more support was gained throughout the march compared to the amount of hostility it created.

London had its first organised march in July 1972, on the closest Saturday to the anniversary of the Stonewall uprising, this march had around 2000 participants. Although it did have an unofficial gathering on the first anniversary of the uprising with around 150 participants.  London Pride is now one of the biggest Pride events in Europe but is certainly not the only Pride event to happen in the UK. There are now over 100 events in the UK and increasing every year, from small community events right through to the larger events.

Whilst the original reasons of Pride have become diluted, they have certainly become more and more diverse in whom they attract. You were hard pushed to find many women at the first few marches, with some actually having their own separate events. Now there is a huge spectrum of the LGBT+ community and their allies joining in for one big colourful party with each individual having their own personal reasons for being there.

Whilst June is Pride month because it’s the anniversary of the Stonewall uprising because of the huge number of Pride events that are held worldwide now they stretch out over the next couple of months to give us one long colourful summer. 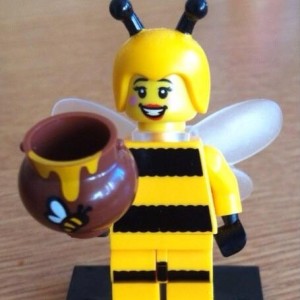