His hands were on my hips and my behind, but he knew what I meant, and he was thrilled.

He slid his fingers down to there and started massaging the outside. That was as far as I wanted to go.

Note ‘attempt’. Penetration wasn’t achieved, which was what we were looking to do. We knew this wasn’t uncommon, so we didn’t beat ourselves up if it wasn’t to go smoothly.

Despite relaxing and going slow, we tried on my front, not working. On all fours, that didn’t work. On my back was really uncomfortable. Even lots of lube and relaxation, trying to slide inside me just became painful, so we stopped. Let’s face it, hearing your girlfriend go, ‘Owww, get off me!’ because it hurts isn’t exactly going to inspire sexy time. He stopped immediately, making sure I was ok.

My boyfriend taking charge in the sack, and being called pet names like ‘good girl’, ‘kitten’, and ‘babygirl’ is enough to send me into am almost blissful state, making partial penetration is much easier.

So we started the same: lube, using fingers, and me on my front but this time, with my hips elevated a bit more. So far so good. Since our first attempt and other naughty bedroom escapades, we realised me having quite the curve in my lower back that can make ‘collapsed doggy style’ a little difficult. So modifications were made. That and of course, a splash of ‘Dom talk’.

‘You want me to fuck your ass?’ my boyfriend asked, easing his finger inside me that felt incredible.

Penetration was much easier this time. Starting with the tip, he graced my ears with more dirty talk, relaxing me enough so he could be fully inside me. A kinky first time, lots of ‘good girls’ and calling him ‘Sir,’ which he loved, it was very easy for us to get completely caught up in the heat of the moment. Again, despite some discomfort, the more I relaxed, the more pleasurable it became, both of us getting lost in some very kinky sex. However…

AFTER EFFECTS & A DIAGNOSIS

In my case, despite feeling mentally Zen, wasn’t as relaxed as I thought in my body. I tore a little and bled. Not a great thing to see after some great sex. I also noticed my stomach having gripes around 24-48 hours after the act.

Hindsight can be a very good thing. Being diagnosed with a digestive condition answered many of my questions, as well as leaving me with no option to be blasé in many facets of my life. 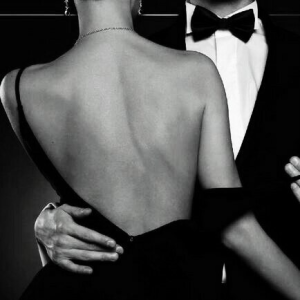 Violet Grey (She/Her) is a UK based sex blogger and erotica writer. An Eroitca nut, when she’s not writing erotica, chances are she’s probably reading or listening to it!