There are steps you can take to reduce the amount of fecal matter you’ll encounter during play. It’s important to note, however, that these steps will not reduce the chance of transmitting STIs. No amount of cleaning will remove an infection or completely eliminate the chance of spreading the non-STI bacteria that live in our rectums.

If you’re playing anally with partners of different or unknown STI status, use barrier methods like condoms or gloves. Remember to use water-based lubricants with these forms of protection, as oil-based ones can damage latex.

Okay, now that that’s out of the way, let’s get to washing!

Going Deeper With Douching and Enemas

Be aware that the lining of your rectum is very thin, so it’s easy to accidentally damage it with overly-enthusiastic douching. Be gentle so as not to invite injury or infection. Make sure the water you use is clean enough to put in your body (think drinkable water), and avoid using formulas provided by douche kits unless they are simple saline solutions. The water or solution should be lukewarm, not hot.

Frequent douching can affect your bowel movements. Douching can also leave water behind in your rectum even after you’ve finished the process, so don’t stray too far from the bathroom in case you realize you need the toilet again.

If you’re determined to cleanse your lower intestine with an enema, be prepared to spend more time on the process. Follow the instructions carefully on any kit you buy, and do not add or substitute solutions or use more water than recommended.

Feeling fresh and clean? It’s time to have fun! If you’re still a little nervous about the potential mess, try laying down a towel so you’re less worried. Keep another one nearby if you feel you might want something to wrap around yourself or wipe with after playtime is over.

PrevPreviousWinner, Godemiche – Adult Shop Of The Year
NextFriday Finds #6Next 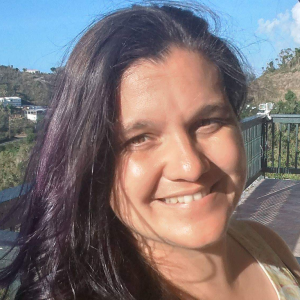 Shannon (they/she) is a sex coach and content writer residing in New Orleans.