What does sensual mean?

When something is described as sensual, it’s something that engages the senses in a physical and very often sexual way.

What is sensation play?

Any activity that focuses on the senses (all or one at a time) is sensation play. It’s seen as a softer kind of play and the aim is often to relax and arouse the body but it can be used in both sexual and non-sexual play.

In any form of kink play it’s important to set your boundaries and limits. Agree on safe words and actions so that all people involved can bring things to a halt at any time and for any reason. It doesn’t matter if you’re just doing something soft and gentle or it’s just a bit of fun. Always know your limits and make sure who you are playing with knows them too especially if there’s any element of Dominance and submission in your scene.

A massage can engage many of the senses. Use a scented oil to add a relaxing or stimulating scent to your play. Whisper along, describing what your hands are doing or what you’d like to do to the body part you’re feeling to engage the aural too.  You can use more than your hand as well. Try including the occasional scratching of nails to contrast against the softness. Items such as pin-wheels can add a prickly dimension if someone wants a little bit of pain with their pleasure.  And don’t forget your personal massager (AKA favourite vibrator) the most orgasmic massage of all!

You might think that bondage is all about stopping someone experiencing things but restraint can be sensual in itself. Think about the type of material used. Different types of rope give different sensations from soft cotton to scratchy coconut or you could use silk ties or chains for different sensations again.

When you can’t use one of your senses, others are heightened. So taking away someone’s sight by using a blindfold means they’ll feel the brush of your breath on their skin more keenly for example.

When there’s an element of surprise and suspense even the gentlest touch can feel electric.

Take it slow – really take your time to arouse all the senses and appreciate how every action feels.

Add in more – So when you’re playing with something expected add a new sensation into the mix. Use a flogger as a tickler by spinning it over the skin instead of hitting or try a Grind Ring between you and your lover as you fuck for an extra level of stimulation.

Talk dirty – Add another dimension to your play by adding some raunchy word play into the mix. It doesn’t have to be poetry, just a few encouraging sentences or simple narration of what you’re doing can work well.

Enjoy engaging with all your senses with some sensational sensation play but remember to play it safe. Risk Aware Consensual Kink (RACK) is the best kind of kink. 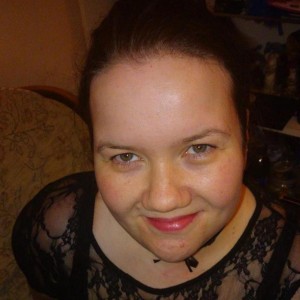 Victoria Blisse (she/her) is known as the Queen of Smut, reverend to the kinky and is the writer in residence at Cocktails and Fuck Tales. She’s also an angel. Ask anyone. Passion, love and laughter fill her works, just as they fill her busy life. Find out more at: victoriablisse.co.uk